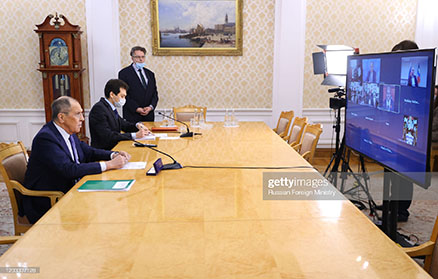 The Caribbean’s economy is projected to grow this year despite the beating its tourism sector has taken this past year due to the pandemic. That’s the word from the World Bank in its June 2021 Global Economic Prospects. SEE MORE HERE

Meanwhile,  after the year-long devastation caused by COVID-19, indicators point to a significant recovery of the tourism sector in Barbados and the region, and Americans are leading that comeback, with over a trillion dollars in household savings and about 60 to 70 per cent indicating a readiness to travel immediately.

Frank Comito, former chief executive officer and director general of the Caribbean Hotel and Tourism Association (CHTA), says the group’s data collecting partners such as MasterCard and TravelZoo, indicate Americans are leading the leisure travel recovery which has already started in many Caribbean countries.

The United Kingdom and Canada, which are important sourced markets for Barbados are still not open for leisure travel. While many Barbadians are worried about the possibility of another COVID-19 outbreak as the country reopens to mass tourism, Comito revealed that most Americans travelling to the Caribbean are prioritising health and safety.

The Grenada government says it has acquired a US$8.95 million loan from the Inter-American Development Bank to use as a stimulus package for persons who have been marginalized by the Impact of the coronavirus (COVID-19) COVID-19 pandemic. Prime Minister Dr. Keith Mitchell told reporters that the funds, which will be disbursed through the Barbados-based Caribbean Development Bank (CDB), has a variable interest rate of about 2.06 per cent and that the terms and conditions include a five-year grace period, with repayment over 20 years.

Dominica’s Prime Minister Roosevelt Skerrit is predicting that an international airport will become a reality for Dominica by 2025 as he inked an agreement with the Canadian-based Montreal Management Consultants Establishment Limited (MMCE) this week.

Skerrit said that the one billion dollar (One EC dollar=US$0.37 cents)  venture to be situated inland, between the Woodford Hill and Wesley villages on the island’s northeast coast,  will be funded under the Citizenship by Investment Programme (CBI).

Under the CBI, Dominica provides citizenship to foreign investors who make a significant contribution to the socio-economic development of the island.

The Cayman Islands remains one of the top two jurisdictions for crypto hedge funds in the world last year, despite losing market share. About 34% of hedge funds are registered in Cayman, down from 42% in 2019, according to PwC’s and Elwood Asset Management’s third annual Global Crypto Hedge Fund report.

Compared to the previous year, Gibraltar has overtaken the British Virgin Islands and Luxembourg to rank third with 9% of registered funds, trailing the US (33%). Most crypto fund managers are based in the US, the UK and Hong Kong.

St. Maarten’s Prime Minister Silveria Jacobs said while she did not return from the Netherlands with a “bag of money,” she does not believe that her trip was “a waste of time.”

“We received great advice and we are working on ways to bring some mediation to this relationship, as we do feel that at many times the smaller islands, not just St. Maarten, do not have actually much recourse or redress when we feel that we are not being treated fairly,” Jacobs said during the live Council of Ministers press briefing on Wednesday. The meetings she held in the Netherlands were primarily geared towards ensuring that St. Maarten is heard and for the country to build bridges with stakeholders, particularly with those who hold the government of the Netherlands accountable: the Second and First Chambers.

Finance ministers from Group of Seven countries met in London on Saturday and agreed to back United States President Joe Biden’s proposal for a minimum global corporate tax rate of at least 15 percent. If approved by the Group of 20 next month, the plan could enable most governments globally to reap more in taxes but could also have major consequences for the economies of international financial centres like the Virgin Islands.

The VI is among jurisdictions that depend on revenue raised from corporations that locate there to take advantage of their zero percent tax rates, among other reasons.

Prime Minister Gaston Browne has revealed that the union representing LIAT workers has rejected an offer by the Government of Antigua and Barbuda to make a compassionate payment to the former employees. The offer is 50 per cent of their severance to be paid in cash, land and bonds. Browne says the offer will not change.

Over 100 Guyanese, including university lecturers and students, civil society activists and representatives of organisations that represent communities across the country, have sent a list of detailed questions to the Environmental Protection Agency (EPA) to be answered in the Environmental Impact Assessment (EIA) for the Yellowtail Project.

Yellowtail is poised to be the fourth development project in the Stabroek Block by ExxonMobil Corporation’s subsidiary, Esso Exploration and Production Guyana Limited (EEPGL).

The questions in the public submission cover climate impact, harm to the ocean, the danger of a well blowout, flaring, noise, discharges into the ocean and whether Esso has the financial resources to carry out Yellowtail and safely decommission the wells when production stops.

The submission to the EPA reminded that the Macondo well blowout by British multinational BP in April 2010 had devastated the Gulf of Mexico and cost the oil company US$468bn.

Belize has implemented a ten percent salary reduction for teachers and public officers as of the beginning of June.  Dean Flowers, President, Public Service Union of Belize, told Belize News 5 that its worse when you look at the fact that increments will be frozen for three years.

Scotiabank Turks & Caicos has urged increased vigilance among its customers when navigating websites, using mobile applications, and responding to any email requests purporting to be from the Bank.

“Customers are also asked to take steps to verify the legitimacy of any email, websites and apps – especially sites used to conduct purchases and other financial transactions or requesting personal information,” shared Ira Taylor, Branch Manager, Scotiabank TCI. Taylor notes that across the region, the Bank has noted multiple attempts to defraud customers or obtain personal information using online channels.