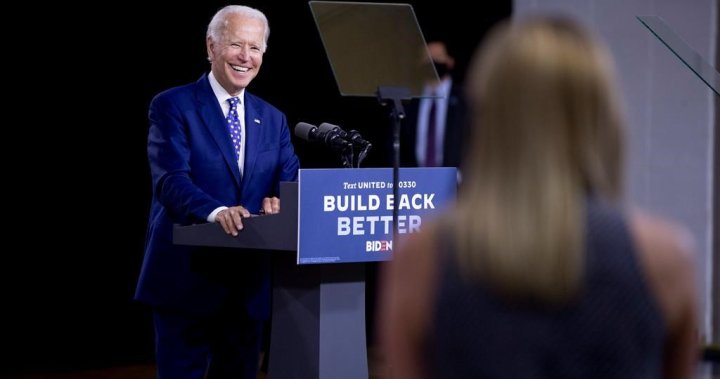 
As Joe Biden nears the announcement of his vice-presidential choice, the top contenders and their advocates are making final appeals.

The campaign hasn’t finalized a date for naming a running mate, but three people who spoke on condition of anonymity to discuss the plans said a public announcement likely wouldn’t happen before the week of Aug. 10. That’s one week before Democrats will hold their convention to officially nominate Biden as their presidential nominee.

Biden said in May that he hoped to name his pick around Aug. 1 and told reporters this week that he would “have a choice in the first week of August.” He notably stopped short of saying when he would announce that choice.

Running mates are often announced on the eve of a convention. As he prepares to make his choice, a committee established to vet possible running mates has provided Biden with briefing materials. Biden will likely soon begin one-on-one conversations with those under consideration, which could be the most consequential part of the process for a presidential candidate who values personal connections.

“For Joe Biden, this is crunch time. After all the vetting, all the investigations into the prospective nominees, it’s now up to Joe. It’s personal,” said former New Mexico Gov. Bill Richardson, who was vetted for vice-president in 2008. “It’s now about his gut feeling.”

Representatives for Biden declined to comment for this story.

The selection amounts to the most significant choice Biden has confronted in his nearly five-decade political career. He has pledged to select a woman and is facing calls to choose the first Black woman to compete on a presidential ticket. 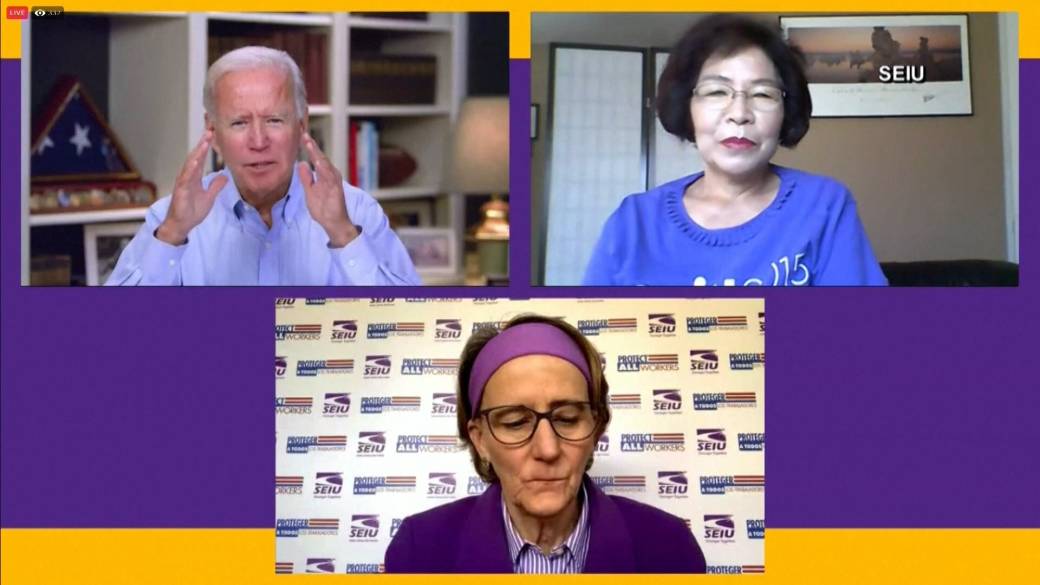 On Friday, more than 60 Black clergy leaders called on Biden in an open letter to pick a Black woman as his running mate, saying the U.S. is facing a “moment of racial reckoning” that cannot be ignored.

“Too much is at stake for our community and we believe having a Black woman vice-presidential candidate is the clearest path to the victory in November that our country needs to move forward,” said Rev. Matthew Watley, of Kingdom Fellowship AME Church in Silver Spring, Maryland, who signed the letter.

Given the historic significance of the moment, some are urging Biden not to let the announcement linger too long.

“My sense is that the VP himself, having been through this process, is aware of and mindful of not letting people hang out there too long,” said Democratic strategist Karen Finney. “There certainly seems to be a bit of a media frenzy, and I think we have to be aware that at a point, it becomes unfair to the candidates being considered.”

As a decision looms, the camps are jockeying for position.

Harris’ allies mobilized this week after Politico reported that the co-chair of the vetting committee, former Connecticut Sen. Chris Dodd, was concerned about Harris’ tough debate stage performance and that she hasn’t expressed regret.

Several California elected officials and labour leaders initiated a call with the vetting team to emphasize that Harris has strong support among labour and political leaders in her home state. The call was organized by Lt. Gov. Eleni Kounalakis and included the mayors of Oakland, Long Beach and Stockton and former Gov. Gray Davis.

“A group of us really felt we needed to organize and speak out and correct the record because she has tremendous support,” Kounalakis said.

Beyond emphasizing their strong relationships with Harris, they also pushed back against the idea that Harris wouldn’t be a loyal partner.

Harris, while not directly addressing her vice-presidential prospects, told a group of young Black women Friday that it’s common for Black women to face resistance when they exercise their power.

“There will be a resistance to your ambition. There will be people who say to you: `You are out of your lane,”’ she said during the digital summit. “They are burdened by only having the capacity to see what has always been instead of what can be. … I’ve had that experience my entire career.”

Biden has sought feedback on his pick from former President Barack Obama, who has provided advice but has insisted the choice is his to make, according to a person who spoke on condition of anonymity to discuss the private conversations. 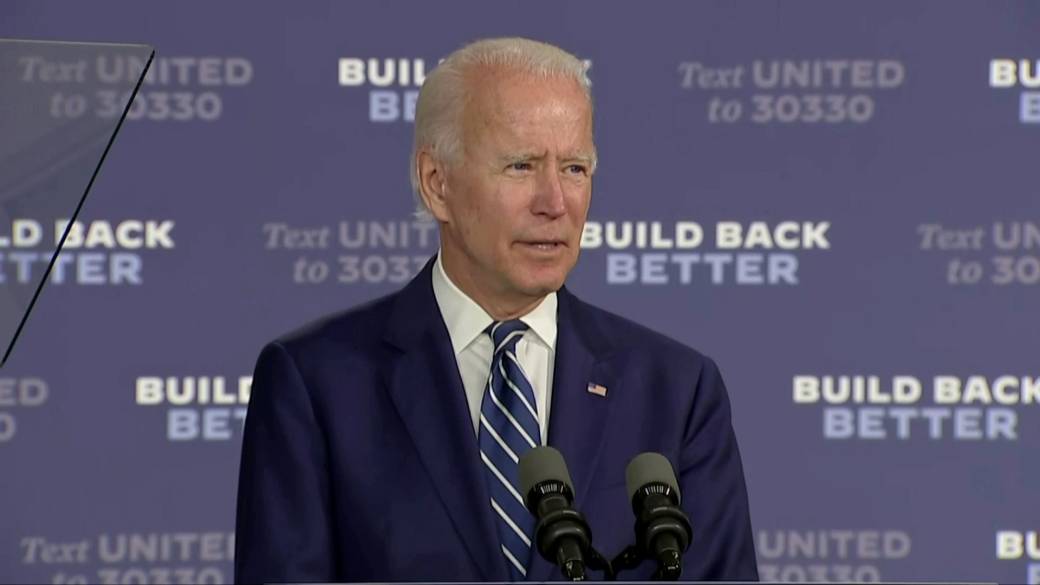 1:44
Poll shows Biden has advantage with undecided voters over Trump in 2020 presidential race

Biden allies say his wife, Jill, and sister, Valerie Biden Owens, are likely to play a key role in the decision, as they have with many of Biden’s biggest political decisions throughout his career. Jill has held online campaign events and fundraisers with virtually all the potential contenders in recent weeks, as has Biden himself, effectively offering the contenders a try-out opportunity with the presumptive Democratic nominee.

On Thursday night, Bass joined Biden for a virtual fundraiser that raked in $2.2 million. She has also taken steps to build her national profile, including providing interviews to multiple outlets over the past week.

On Friday night, Biden held a virtual fundraiser with Elizabeth Warren, who has also been considered as a running mate. Biden said the event raised more than $1.7 million from over 50,000 grassroots donors. That’s about a quarter of the $6 million the Massachusetts senator brought in during her first online fundraiser for the former vice-president last month that appealed to higher-dollar donors.

“We’ve known each other a long time. Her fearless work for a just America has transformed lives and inspired millions, including me,” Biden said. “She is something else. You all know her.”

Warren said, “This is a time of unprecedented crisis.”

“But I wake up every single day with a heart full of hope and here is why: Vice-President Biden is meeting the moment,” she added. The two talked for nearly an hour but did not mention the vice-presidential selection process.

Some Biden donors have already begun to plan prospective fundraising events ahead of the formal announcement. Biden’s team expects his running mate to contribute immediately to his fundraising operation. Of the finalists, Harris is thought to be the most formidable traditional fundraiser, while Warren’s ability to attract small-dollar donations from the party’s progressive base is also viewed as a major asset. 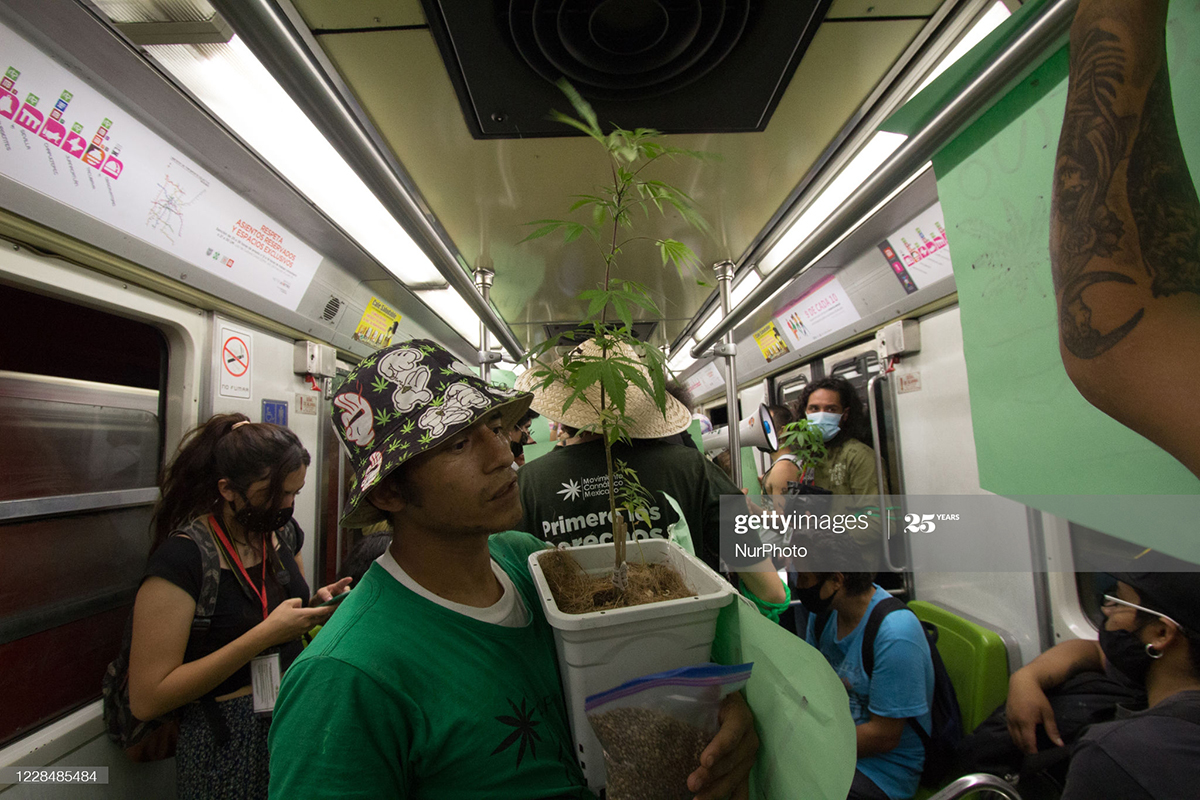 With the slogan ”Maria additionally travels on the subway,” activists who’re in favor of the legalization of marijuana protested within … 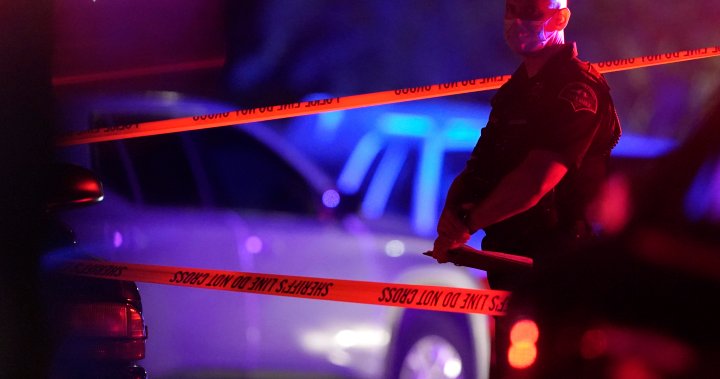 A person suspected of killing a right-wing protester in Portland, Oregon, pointed a handgun at officers earlier than he … 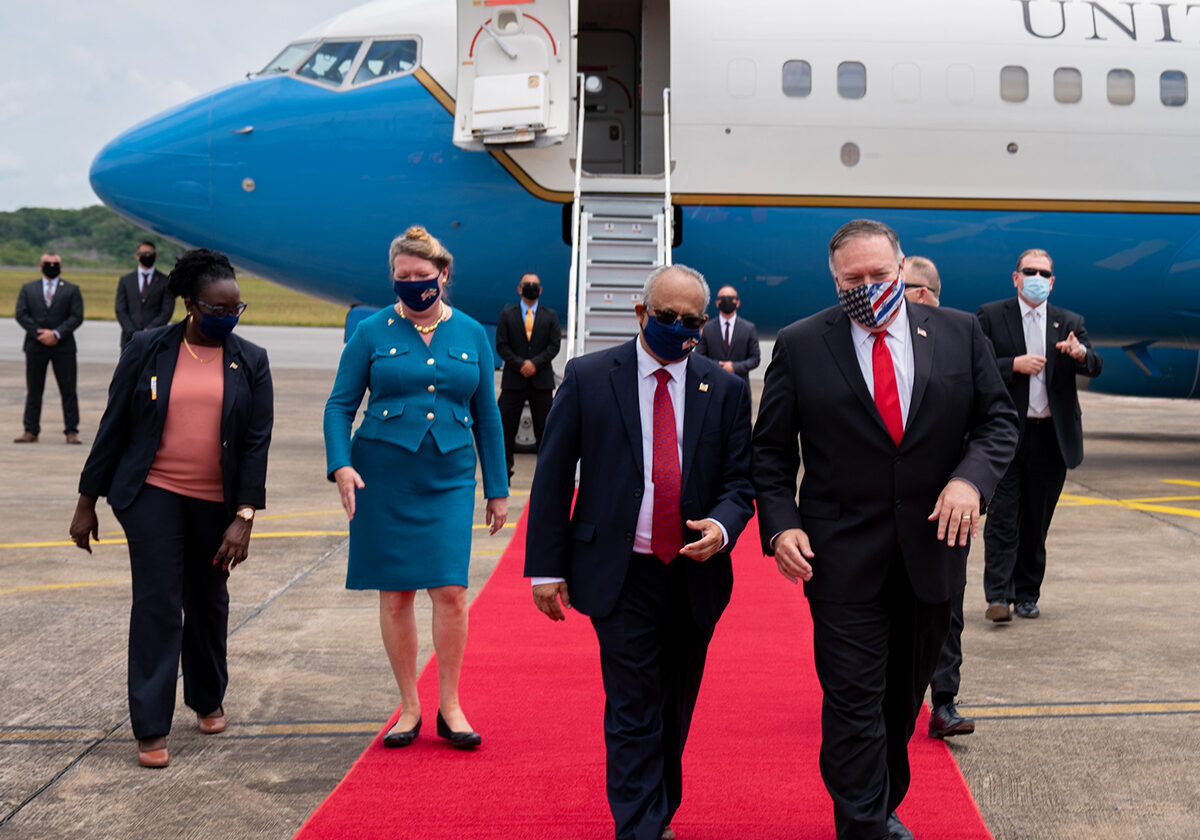 US Secretary Of State Touches Down In Suriname, Guyana 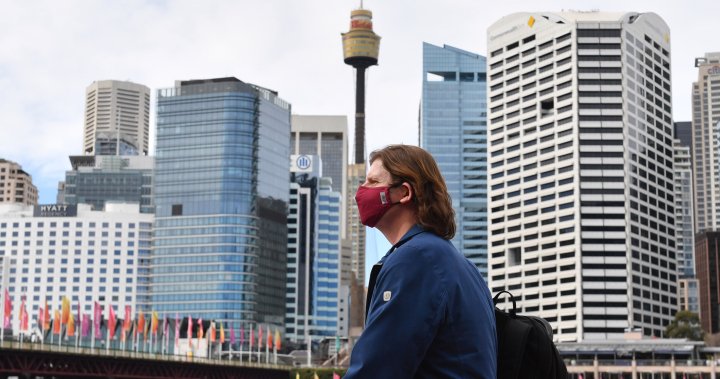 Australia mentioned on Friday it could enhance the variety of residents allowed to return dwelling every week to six,000 … 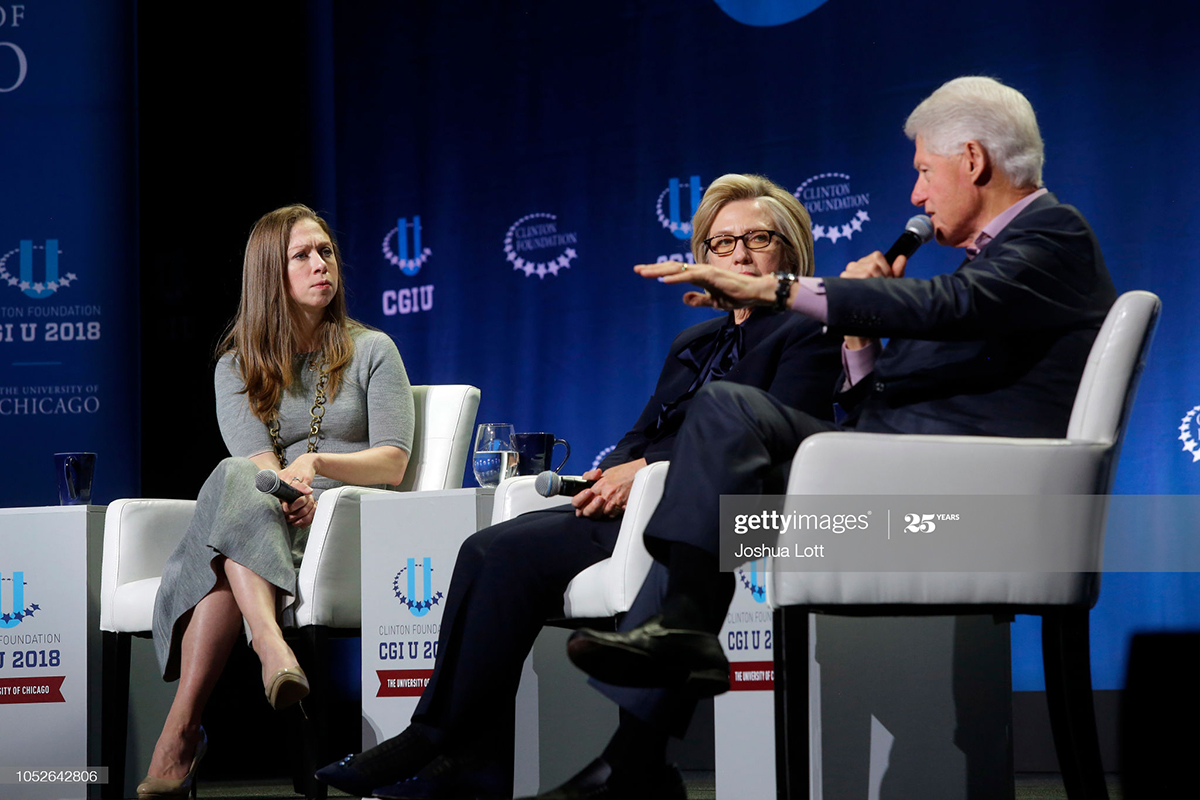