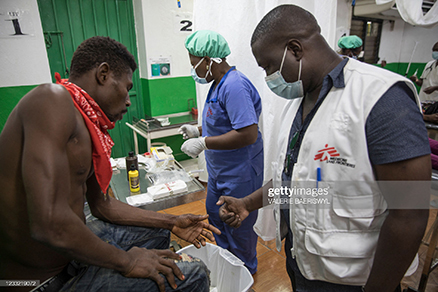 News Americas, WASHINGTON, D.C., Weds. June 9, 2021: The Organization of American States sent a “Good Offices Mission” to Haiti yesterday after the country’s president postponed a constitutional referendum scheduled for June 27th without giving a new date for the vote.

The Permanent Council of the Organization of American States approved by consensus a resolution expressing concern over the grave political, security and human rights situation in Haiti and offered to send the mission.

The Government of Haiti agreed to meet the Mission this week, which is composed of the permanent representatives to the OAS of Canada, Costa Rica, Ecuador, Saint Vincent and the Grenadines and the United States, with support from the OAS General Secretariat and the Special Representative of the OAS Secretary General in Haiti.

The Mission will be in Haiti through June 10th and will meet with a range of stakeholders, including the government, opposition and civil society. The objective is to facilitate a dialogue that would lead to free and fair elections.

President Jovenel Moise has been ruling Haiti by decree after legislative elections due in 2018 were delayed following disputes on the limits of his term.