Over 80 Percent Of Immigrant Detainees Are Confirmed COVID-19 Positive 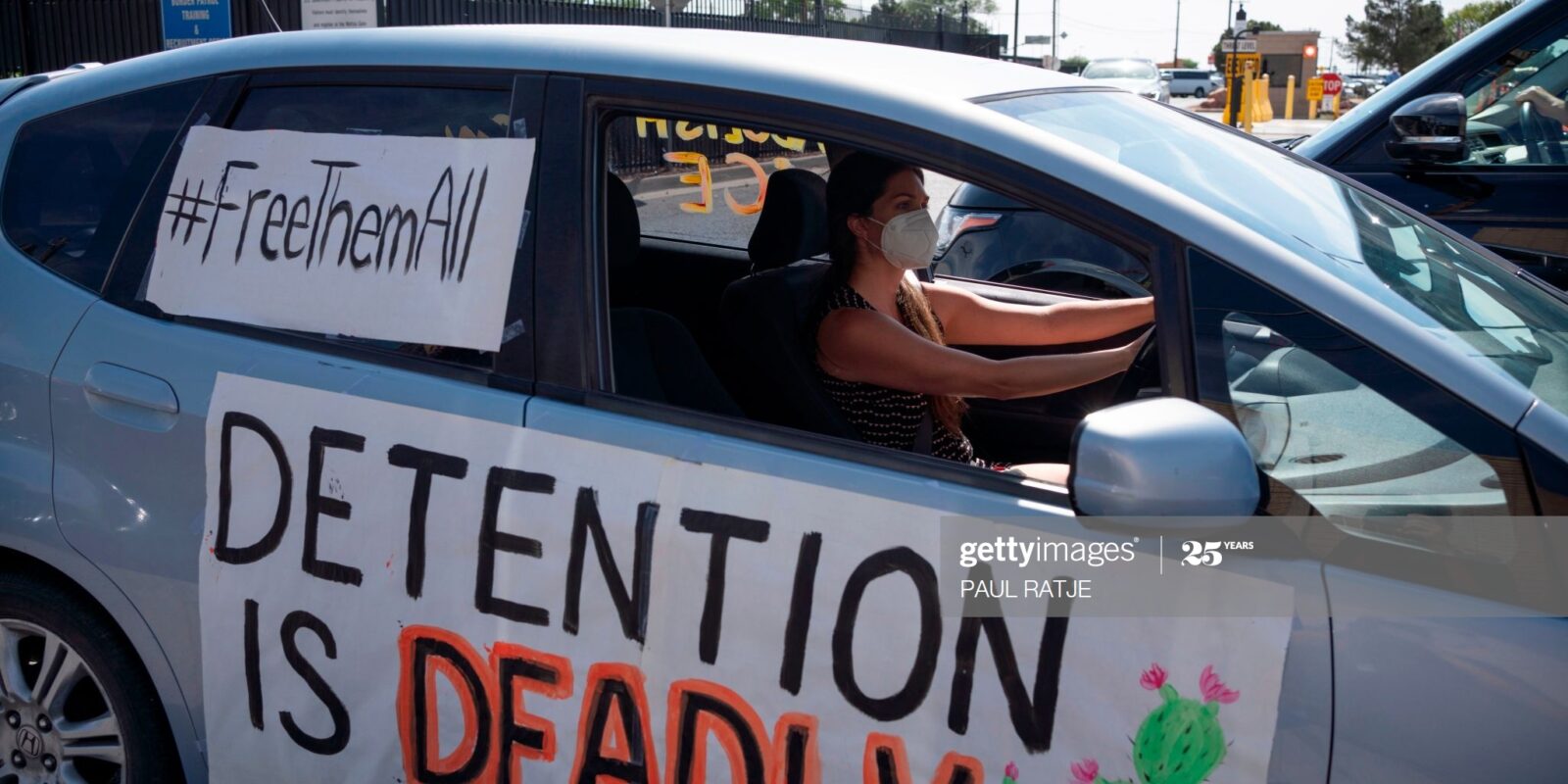 Over 80 Percent Of Immigrant Detainees A ...

News Americas, FORT LAUDERDALE, FL, Fri. April 30, 2021: Out of a detainee population total of 15,054, 12,269 immigrant detainees in US Immigration and Customs Enforcement (US ICE) custody are listed as “confirmed COVID-19 positive,” agency data shows. That’s a whopping 81 percent of detainees.

Some 1,028 are under isolation currently while 9 have died so far as of April 21, 2021. Most of the cases are at detention facilities in Phoenix, Arizona and San Antonio, Texas.

In Phoenix, the most reported cases are at the La Palma Correctional Facility in Phoenix, which has 977 positive cases and 136 in isolation.

This disclosure comes as the Department of Homeland Security’s internal watchdog agency in a recent report concluded that conditions at La Palma “threatened the health, safety, and rights of detainees.” The OIG’s report confirms that the facility failed to provide basic protective equipment to detained people, did not require guards to wear masks, and “did not enforce ICE’s COVID-19 precautions, including facial coverings and social distancing,” noting that “this failure may have contributed to the widespread COVID-19 outbreak at the facility.”

This is followed by the South Texas Family Residential Center (Dilley) in San Antonio, which has 504 cases.

Stewart Detention Center in Atlanta has 495 cases with 2 in isolation while the data for the Eloy Federal Contract Facility in Phoenix, shows 474 cases with 47 in isolation.

The detention center with the most detainees in isolation is the Adams County Correctional Center in Louisiana, where 202 of the 337 positive cases are in isolation.

Buffalo (Batavia) Service Processing Center in Buffalo, NY has only 118 positive cases, but it has the third highest number in isolation at 53. This as the state’s Department of Homeland Security sent a shipment of 100 vaccine doses to the facility recently to avoid having detained immigrants brought to vaccination sites.

At the Winn Correctional Center also In Louisiana, there are 327 cases with 33 in isolation and one death.

Currently, the most deaths – or 4 of the 9 total deaths – have been reported at the Stewart Detention Center.

The data comes as some South Florida detainees in Glades County Detention Center have started receiving the COVID-19 vaccine as part of a Miami federal court case settlement. ICE data reveals Glades County has 188 detainees that tested positive for the coronavirus, Krome has 243 and Broward Transitional has 253.

In Baltimore, all detainees at the Chesapeake Detention Facility there will be offered coronavirus vaccines by May 1, ending a federal lawsuit and providing a level of protection from COVID-19 sought by inmates and their supporters. Interestingly, Baltimore has only 3 confirmed cases of the virus in detention centers.

This should be the case at all detention centers across the country, where both inmates and guards are given the vaccine.