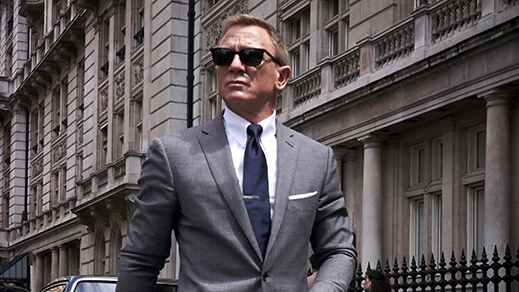 The first release date for the film was April 2020, but due to the virus, the lockdown, and the number of movie theaters closed during months, the producers decided to move the release date to the best date possible.

It’s important to remember that this movie will be the last time we see Daniel Craig as the mythical agent 007. This movie is set to be a unique film for the James Bond franchise, so none of the producers want this film to release in the middle of lockdown, with few people being able to attend the theaters.

So, let’s make the most out of the difficult times! Here is a list of our favorite James Bond Latin American appearances you can watch while waiting for ‘No Time To Die:’

Moonraker (1979) can’t deny its obvious inspiration from Star Wars and the outer space trend that was going on during that time. To us, the best action happened on earth, specifically in Brazil. One of our favorite James Bond villains, Jaws, had a showdown against agent 007 on the roof of a cable car in the mountain.

The showdown with Dominic Greene in Quantum of Solace (2008) occurs in one of Chile’s most exciting places. The ESO Paranal Observatory is a futuristic-looking structure in the middle of the Atacama Desert, and it functioned perfectly as the villain’s hideout. The best part is that you can visit the observatory where dozens of astronomers work every day

You can spot Mexican locations in several James Bond movies. For example, License To Kill used Acapulco’s Villa Arabesque as the hideout of main villain Franz Sanchez. You can watch an impressive scene where agent 007 arrives at the top of the villa from a helicopter. Another cool Mexican location is Mexico City, during the opening scenes from Quantum of Solace, where James Bond interrupts a parade of El día de Los Muertos. You can also see some aerial views of San Felipe, a small town near Mexicali, Baja California.

Sometimes, in films, some scenes are shot in a country but later presented as others in the final product. Even though Quantum of Solace supposedly took place in Bolivia, it’s actually Panama, the place where some scenes were shot. The streets of Casco Viejo, Panama’s old town, and the Nation Institute of Culture are some of the Panama places you can visit from the movie.

The Arecibo Observatory was featured in James Bond’s Goldeneye and served as a dramatic backdrop in some scenes of the movie. It’s the home of the world’s largest radio telescope and serves as a scientific research center in real life. No villains around trying to destroy the earth, luckily!