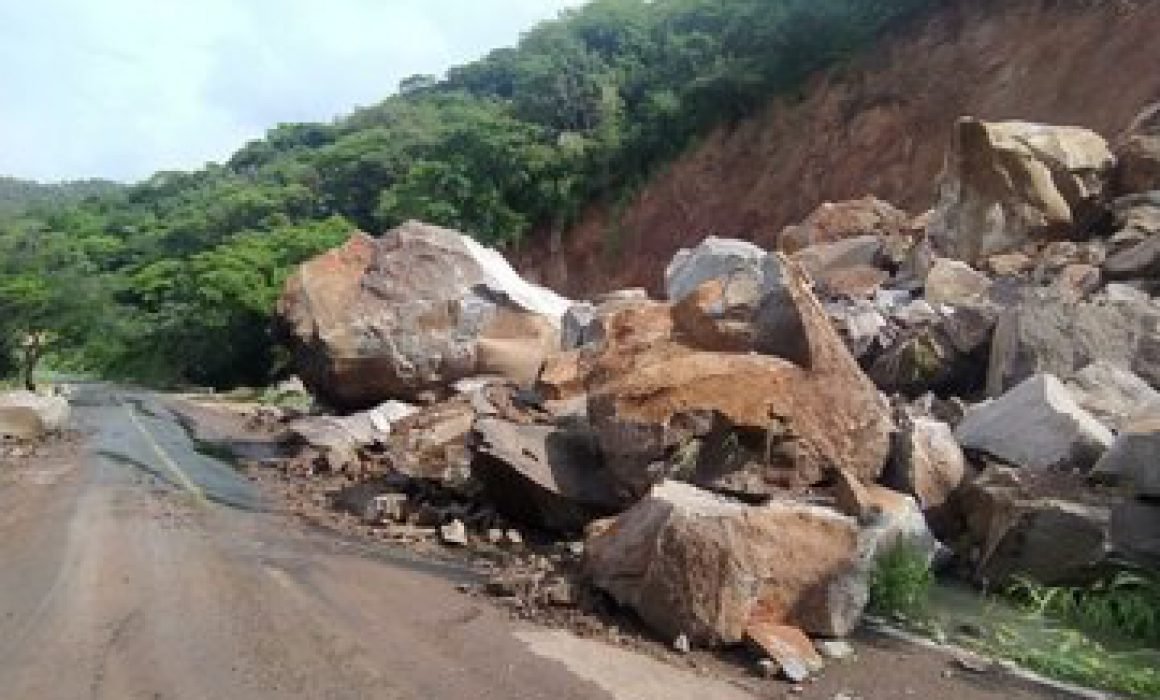 
Due to the torrential rains registered over the last several days in Puerto Vallarta, landslides have been registered on the roads that lead to the city.

The most recent landslide occurred this morning in the Talpa de Allende-Mascota section, where a large amount of stones and mud partially blocked the road.

According to data from the State Unit for Civil Protection and Firefighters, the site was attended by officials from the Talpa de Allende Regional Command, where they attended to the collapse.

Today’s landslide was at kilometer 42 of the Talpa-Mascota highway, where vehicular passage continued, however, they recommended to circulate with caution.

On Sunday, there was also a collapse on Federal Highway 200 Norte, Las Varas-Puerto Vallarta section, which kept traffic stopped for several hours, generating a backup of traffic that stretched for kilometers.

Due to the constant presence of rains in the area, which generate landslides, the Civil Protection authorities recommend driving with caution whether they are traveling on the Federal or State highway towards Puerto Vallarta.