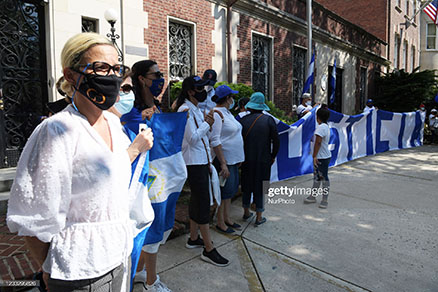 
WASHINGTON, D.C., Thurs. June 10, 2021 (Reuters) – The United States on Wednesday imposed sanctions on four Nicaraguans, including a daughter of President Daniel Ortega, and Washington warned it would continue to use diplomatic and economic tools against members of the leftist government that it accused of undermining democracy.

U.S. Secretary of State Antony Blinken urged Ortega to release detained presidential candidates as well as other civil society and opposition leaders arrested over the past week in what he called a “wave of repression.”

“As these sanctions demonstrate, there are costs for those who support or carry out the Ortega regime’s repression,” Blinken said in a statement.

“The United States will continue to use all diplomatic and economic tools at our disposal to support Nicaraguans’ calls for greater freedom and accountability as well as free and fair elections.”

The U.S. Treasury Department on Wednesday slapped sanctions on Ortega’s daughter Camila Ortega Murillo, who is also a senior government official, and three others it accused of supporting the government that Washington said has undermined democracy, abused human rights and enacted repressive laws.

Also hit with sanctions are: Leonardo Ovidio Reyes Ramirez, president of the Central Bank of Nicaragua; Edwin Ramon Castro Rivera, a deputy of the Nicaraguan National Assembly; and Julio Modesto Rodriguez Balladares, a Brigadier General of the Nicaraguan Army and executive director of the Military Social Welfare Institute.

The Nicaraguan government and army did not immediately respond to requests for comment on the sanctions.

Wednesday’s action freezes any U.S. assets of those blacklisted and generally bars Americans from dealing with them.

Nicaraguan police detained two possible contenders for the presidency on Tuesday, following on from two similar arrests of opposition politicians in prior days.

Police statements accused the detained politicians of working with foreign financing to carry out “acts of terrorism and destabilization,” without giving details.

International organizations, including the Inter-American Commission on Human Rights and the Office of the United Nations High Commissioner for Human Rights, have accused Ortega’s government of fabricating false accusations against opponents.

“These developments can seriously undermine the public’s confidence in the democratic process ahead of the November general elections,” Dujarric said, adding that Guterres called on the authorities to fully respect international human rights obligations and release the political leaders. 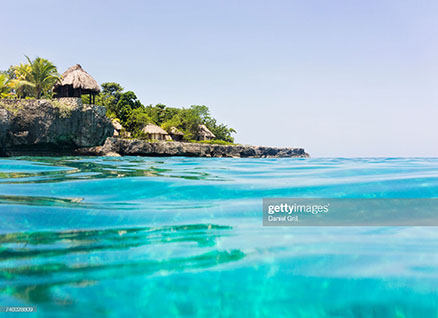