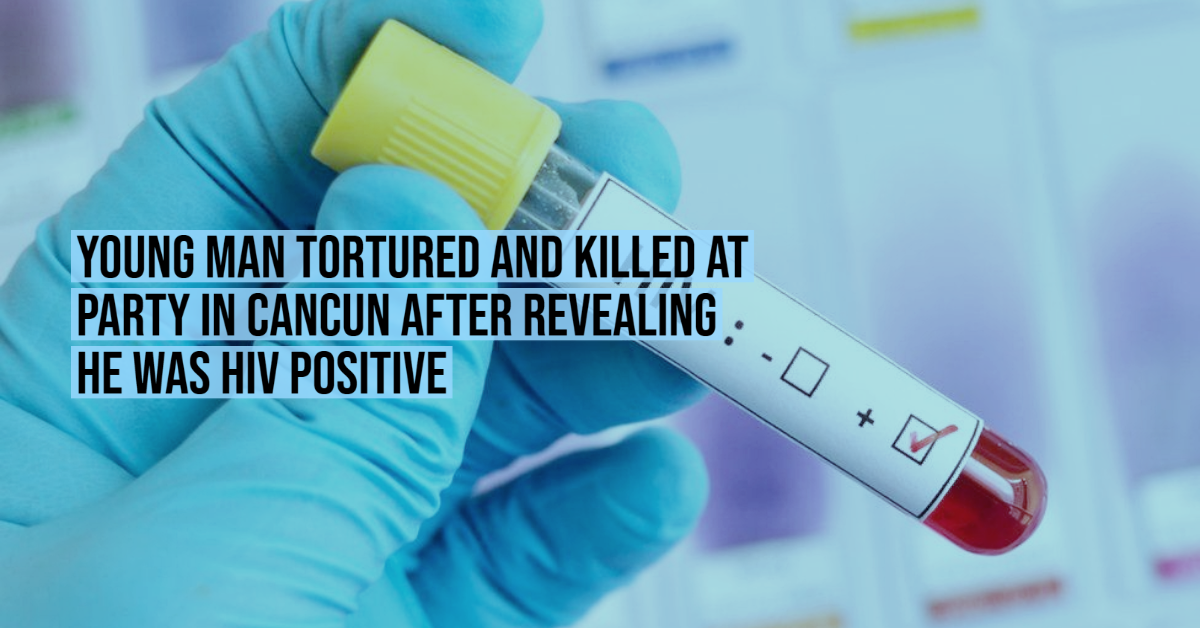 Young man tortured and killed at party i ...

A young gay man was tortured, burned, and killed when he revealed that he was HIV-positive last weekend in Cancun, an organization that defends the LGBTTI community in the State reported on Tuesday.

According to representatives of the Resilientxs organization, which announced the case last Saturday, the victim was at a party in Cancun in which he revealed his HIV status when attendees allegedly tortured him, burned him, and finally murdered him.

“The victim was killed in a blacksmith shop; he was beaten, tortured, burned and killed once he commented that he had HIV, he had multiple stab wounds,” Edwin Reyes, representative of Resilientxs, told Efe.

“This case has caused us a lot of anger because we are in the month that commemorates the pride of our community and in which rights are requested and claimed,” he added.

After learning of the case, the head of the Quintana Roo Human Rights Commission, Marco Antonio Tóh, condemned the hate crime.

In addition, he said that the Office of the General Inspector in Cancun will carry out the investigation to observe that justice is done in the case and urged the authorities to investigate with a gender perspective and that the crime does not go unpunished.

Meanwhile, the State Attorney General’s Office (FGE) of Quintana Roo opened an investigation folder for the crime of homicide, but not for a hate crime, because hate crimes are not part of the Criminal Code in the State.

“The Quintanarroense LGBT Network, of which we are a part, has asked all authorities to reform the Penal Code to include hate crimes, according to international standards,” Reyes explained.

“But they have not done it or taken us into account, this speaks of the institutional abandonment that exists in the state,” added the activist, who emphasized that the event “is not an isolated case and that discrimination against the LGBTTI community is recurrent in the Mexican Caribbean”.

According to the organization, Mexico registered 79 murders against people from the LGBT community in 2020. Of these, 43 of them were homicides of trans women.